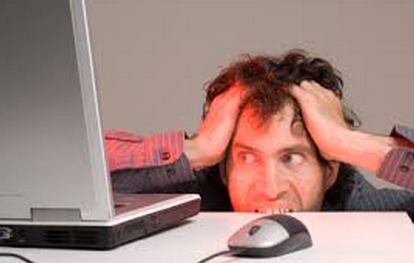 What’s even worse is if the position is a losing proposition. Clicking that exit button might seem like a Herculean task of discipline and strength. Most people breakdown at this point and fall into the abyss of self-denial, thinking that the market will eventually comes back and recuperate their losses. But the market never did come back and his trading account, vanished.

I’m here to tell you what I think about losing trades, how to ease the pain it brings, how to get out gracefully and how avoid it in the first place.

Avoid Losing Trades by Concentrating more on the Exit

When you see a trade, focus on the exit rather than the entry. A newbie forex trader will try to “imagine” patterns when they see an entry signal. And sometimes, deliberately try to convince themselves that the pattern is indeed 100% accurate. They become obsessed at proving themselves that they are right. You should do the opposite. You should always try to prove yourself wrong and always look for the exit rather than the entry.

As I quote Sun Tzu’s Art of War:

Know beforehand that your exit will be profitable and you have won that trade even before you make it. As you make this approach, you’ll notice that you’ll have fewer and fewer trades. But the quality of those trades will certainly increase.

Immediately Close a Losing Trade and Move On

This is probably the hardest action to take for a losing trade. Accepting the fact that you’re wrong is a sign that you have matured as a trader. While newbies will try to hold on to the trade wishing that the market would bounce back. There are probably another school of thought when it comes to this strategy. The market does not go in a straight line and they wait for it to bounce back even for a little. That is perhaps true. But I would rather end it now than to hope that the market will come back for me. What if I’m wrong on that part as well? Being wrong twice in a single trade could be the worst feeling and it could harm your future trades.

Never Risk Too Much Money

All in all, it all goes down to the amount of money in a trade. Demo trading is fun because the money used is not real. And so, every losing trade in a demo account is nothing to you. But if real money is at stake, “shit hits the fan” too much too often. Risk only the amount of money you are comfortable with. You need to have a good money management strategy on top of your trading system. This is different for every people. That’s why we have a term risk appetite. Some people likes to risk high and some people don’t. I don’t personally like risking alot of money in a single trade. Well, I used to risk a lot, but I’ve changed.

Whatever you do, losing trade is not a good feeling to have. But remember that forex trading is a business and should be treated as such.